Welcome to the Scavenger Blog Hunt and giveaway for the Garrison’s Law contemporary romantic suspense series by Mary Connealy, hosted by JustRead Tours!

At each stop, there will be:

Keep track of these clues each day because you’ll need to enter the clues you’ve gathered that day in the Rafflecopter (a new entry each day for that day’s clues).

On the last day, the final piece of the scavenger hunt will be revealed in a puzzle on JustRead’s (and JustCommonly’s) blog.

Trudy Jennings is a college professor with a string of bestselling pop psychology books about answering all of life’s troubles with love.

Ben Garrison is her student. He’s a hardened cop who needs this class to get his degree, but he can’t keep a straight face. He tells her she’s right, as long as she lives in her cushioned, safe life. But for him, using her philosophy, he’ll be dead by the weekend.

A stalker is coming after kindhearted Trudy, and Ben is there to protect her. Trudy faces her first true challenge to turning the other cheek. Her stalker keeps coming despite her kindness and she feels like a failure that she can’t help the confused and frightening man. Ben has to keep Trudy safe until the escalating stalker can be stopped. As Ben gets to know Trudy better, he recognizes his own callous behavior at the same time he finds out everyone in Trudy’s life takes advantage of her.

She’s got to get tough. He’s got to find a kinder way. Together they have to take down a wealthy, obsessed man who knows how to play the system, because he’s done all this before. 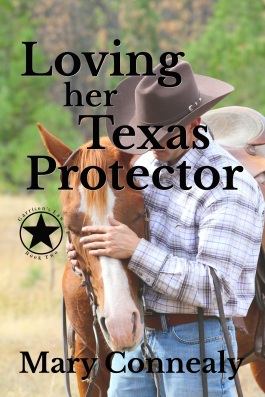 Jacie Moreau is a tough-as-nails security specialist who works with the Long Pine Texas police. She takes care of herself and doesn’t ask for help from anyone.

Brett Garrison is an odd-man-out in the Garrison family. He’s a soft-hearted veterinarian from a family of daring Texas lawmen.

Jacie runs afoul of a hired killer and no one is there to step between her and danger but Brett.

Brett’s good-hearted plan to care for the most beautiful woman he’s ever seen draw an assassin’s attention. Jacie never needs help, but Brett’s kindness when she is so vulnerable sneaks past all the emotional walls she’s built around her heart.

The killer keeps coming and their only hope is to run. And as they run they try and figure out who’s hired a killer, and why, and how to stop him.

If they hide well enough and live long enough, they might make it to the day they can fall in love. 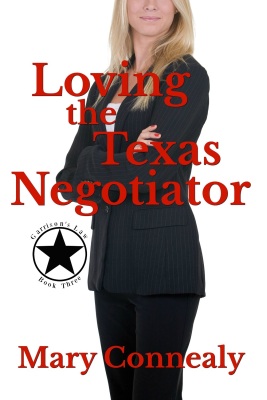 Not all the Garrisons are guys.

Beth Garrison is the top hostage negotiator in Rocky Ridge, Texas. She’s called to serve on a task force to investigate a killing that is a copycat of her first bust as a rookie.

Tate McCade has a reputation for steamrolling anyone who gets in his way and he’s had a run-in with Beth and her oversized ego before. He’s got a bruise on his face to prove it.

They have to work together and sparks are flying that aren’t all about the job.

An assassin takes a shot and hits two people with one bullet.

Natalie Brewster, a deep undercover agent for a group that doesn’t officially exist, saw the gunman aiming. He definitely waited, lined up the shot, and tried to kill both of them. Nat and Case Garrison hit the ground bleeding. They both come up shooting and kill the assassin—but that just makes him mad.

Now Case and Nat, who have never before met, have to figure out what they have in common to make them prey for a killer.

And they have to do it while running for their lives because, despite the two of them being highly skilled at keeping a low profile, the killer keeps finding them. They are running at break-neck speed, hiding with all the skill of long-time undercover agents, and falling in love with a passion that might be part of what brought a killer down on them. 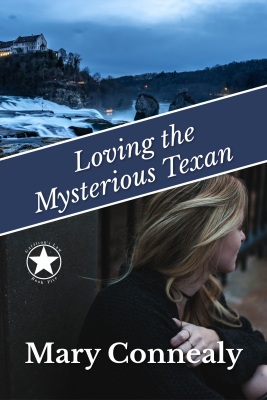 A woman wakes up in bed with a dead man and no memory—at all.

A stranger drags her away and offers her an alibi. The trouble is, if he’s her alibi, then she’s his. And he freely admits he’s got plenty of reasons to want his cousin Victor dead.

She learns her name is Lanny Cole. She’s living in a derelict old mansion they call The Devil’s Nest, with a whole family full of people who look capable of murder. Her amnesia is caused by an ugly blow to the head. Whoever hit her, killed Victor, then tucked her into bed with the now-dead Victor hoping she’d be arrested for murder.

She is forced to trust her rescuer, Devereau Grey, her alibi…who is more family with the Garrisons than with the Devereaus. In fact, through Grey’s connections, Case Garrison is the law on the mainland nearest the Devil’s Nest.

Grey has come home to tear open the corrupt heart of his family and find who’s stealing money from the Devereau Trust. His main suspect is dead and every member of his family has a motive for the murder and the theft, including himself, and Lanny Cole, who foolishly took a job with the Devereau family’s cold, manipulative matriarch.

And then another body turns up, and another. They need to get away, but a hurricane cuts off the island roads to a port that leads to violent seas.

Grey and Lanny are trapped in the Devil’s Nest. While they fight for their lives, family history comes to light that provides a motive for killing Lanny, and her research…if she could just remember it…might reveal the hiding place for a three-hundred-year old chest of pirate’s treasure. 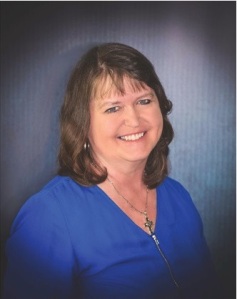 Mary Connealy writes romantic comedy with cowboys always with a strong suspense thread. She is a two time Carol Award winner, and a Rita, Christy and Inspirational Reader’s Choice finalist. She is the bestselling author of over 50 books and novellas.

Mary has nearly a million books in print.

Enter via the Rafflecopter giveaway below. A new entry option will be live each day for that day’s clues. Giveaway begins at midnight on January 8, 2019 and lasts through 11:59pm January 15, 2018. Void where prohibited by law. Winners will be notified within a week of close of the giveaway and given 48 hours to respond or a new winner will be chosen.

Be sure to stop on every stop on the Tour Schedule for all the clues to enter!

Launch at JustRead Tours
Launch at Reading Is My SuperPower

JustRead Publicity Tours is a full-service publicity tour company for published works in the Christian genre or books that are considered a “clean read”. For more information, check out our “About” page to see who we are or jump right into “Authors & Publishers” to learn more about our campaigns. View all posts by @justreadtours

36 thoughts on “Welcome to the Garrison’s Law series Scavenger Blog Hunt and Giveaway!”