She’s the Only Witness to a Wagon Train Attack. Keeping Her Safe, Though, Means His World Is about to be Turned Upside Down.

When Trace Riley finds the smoldering ruins of a small wagon train, he recognizes an attack by the same group who left him as sole survivor years ago. Living off the wilderness since then, he’s finally carved out a home and started a herd–while serving as a self-appointed guardian of the trail. He’d hoped the days of driving off dangerous men were over, but the latest attack shows otherwise.

Deborah Harkness saved her younger sister and two toddlers during the attack, and now finds herself at the mercy of her rescuer. Trace becomes an accidental guardian when he offers the only shelter for miles around and agrees to take them in until they can safely continue their journey. His simple bachelor existence never anticipated kids and women in the picture and their arrival is unsettling–yet enticing.

Trace and Deborah find themselves drawing ever closer as they work together to bring justice to the trail and help the group survive the winter–but every day closer to spring means a day closer to leaving the mountains forever. 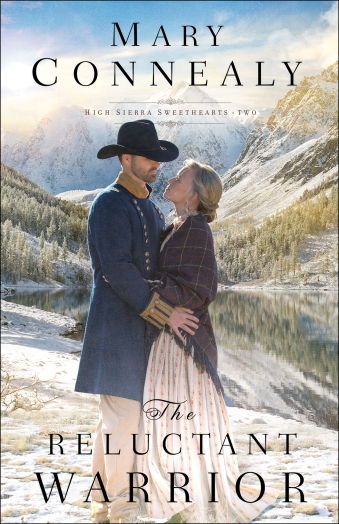 He Thought His Toughest Tests Were behind Him.

But Nothing Could Prepare Him for Trying to Win Back the Love of His Daughter.

Union army officer Cameron Scott is used to being obeyed, but nothing about this journey to Lake Tahoe has gone as expected. He’s come to fetch his daughter and nephew, and seek revenge on the people who killed his brother. Instead finds himself trapped by a blizzard with two children who are terrified of him and the stubborn but beautiful Gwen Harkness, who he’s worried may be trying to keep the children.

When danger descends on the cabin where they’re huddled, Cam is hurt trying to protect everyone and now finds Gwen caring for him too. He soon realizes why the kids love her so much and worries that it might be best for him to move on without them. When she sees his broken heart, Gwen decides to help him win back their affection–and in the process he might just win her heart as well. 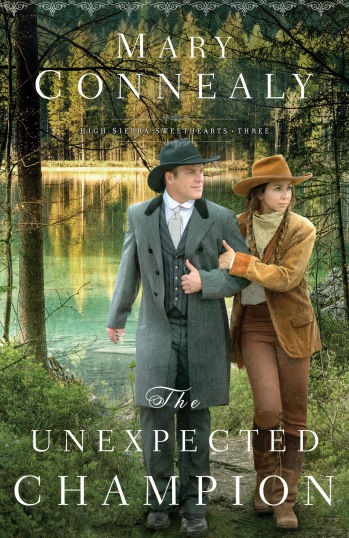 They’re as Different as Could Be.
But They’ll Need to Trust Each Other to Survive
the Wilderness . . . and the Dangers Chasing Them.

City dweller John McCall never expected to be out in the High Sierras of 1868 on a wild-goose chase to find the Chiltons’ supposedly lost grandson. But now that he’s out here, things have gotten even more complicated, mostly due to wildcat Penny Scott. She’s not like any woman he’s ever met–comfortable in the woods, with a horse, and with a gun.

When Penny and John are taken against their will by a shadowy figure looking for evidence they don’t have, both realize they’ve stumbled into something dangerous. With their friends and family desperately searching for them, Penny and John must make a daring escape.

When they emerge back into the real world, they discover their kidnapper just won’t stop. This city man and country woman must bring a powerful, ruthless man to justice, all while fighting a very inconvenient attraction to each other.

Mary Connealy writes “romantic comedies with cowboys” and is celebrated for her fun, zany, action-packed style. She has more than half a million books in print. She is the author of the popular series Wild at Heart, Kincaid Brides, Trouble in Texas, Lassoed in Texas, Sophie’s Daughters, and many other books. Mary lives on a ranch in eastern Nebraska with her very own romantic cowboy hero.

You can also find Mary at these sites: Seekerville and Petticoats & Pistols

First Prize: (3) winners will win the first book in the series, The Accidental Guardian

Be sure to check out each stop on the Blog and this tour for more chances to win. Full tour schedule on this tour shown below. Giveaway began at midnight March 20, 2019 and will last through 11:59 PM EST on March 27, 2019. Winners will be notified within 2 weeks of close of the giveaway and given 48 hours to respond or risk forfeiture of prize. Due to shipping cost, only US mailing addresses valid.  For our giveaway rules and policy, click HERE.

JustRead Publicity Tours is a full-service publicity tour company for published works in the Christian genre or books that are considered a “clean read”. For more information, check out our “About” page to see who we are or jump right into “Authors & Publishers” to learn more about our campaigns. View all posts by @justreadtours